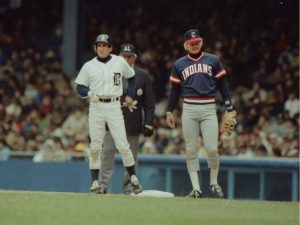 Many times in athletics, ascending to the top of the mountain can take a lot out of individual players and a team as a whole. One team very familiar with that exact scenario is the 1985 Detroit Tigers. That team was charged with the monumental task of defending its title in a very competitive American League East.

One year earlier, in 1984, the Tigers played in 170 total games (not including Spring Training) on their way to the franchise’s first World Series Championship since the magical 1968 campaign. During the ’84 season, the team jumped out to a record 35-5 start and never looked back as they cruised to a league-best 104 regular season wins. The Tigers were clearly the best team in baseball that season and many picked them to continue their dominance in 1985. But as we know, repeating as World Series Champions is much easier said than done.

After dominating a year earlier, the Tigers were the favorite to represent the American League in the World Series for a second-straight season. That, of course, came as no surprise to anyone as every key player from the 1984 championship team was returning, including Lou Whitaker, Alan Trammell, Lance Parrish, Jack Morris, Chet Lemon, and Willie Hernandez, all who were named to the All-Star team a season prior. In addition, ALCS Most Valuable Player Kirk Gibson and first baseman Darrell Evans were back to give the Tigers some serious power in their lineup.

Joining Morris at the top of the pitching rotation was Dan Petry, who was coming off a stellar season in which he went 18-8 with a 3.24 ERA as he finished fifth in the Cy Young Award voting. In addition to Petry and Morris, the Tigers were also bringing back Milt Wilcox, who was a big part of the World Series team a year earlier as he won 17 games, and Walt Terrell, who was going into his first season in Detroit after pitching for the New York Mets in his first three MLB seasons.

With that core of players, there was no reason why the Tigers would not return to the promised land and claim another World Series title. But as we know, baseball can be very unpredictable at times and that was the case for the 1985 Detroit Tigers.

Similar to the ’84 season, Detroit came out of the gates quickly, winning their first six games by a combined score of 34-18 and they were off and running. Many must have thought, “here we go again” but as quick as the hot start came, it vanished just as quickly as the Tigers dropped six of their next eight games to fall into second place in the American League East standings.

After battling back to win their next three games, Detroit once again took control of first place by 0.5 games. That was on Sunday, April 28th. By the following Tuesday, the Tigers found themselves behind in the standings once again, and this time, they would not be able to rebound.

On June 3rd, the Tigers suffered a major blow as Milt Wilcox made his final start for Detroit, giving up three earned runs in just four innings during a 9-8 loss to the Seattle Mariners. Unfortunately, for the Tigers and their fans, Wilcox had been dealing with an injured shoulder that had finally had enough. In fact, his shoulder had been a problem for some time, including during the 1984 World Series when Wilcox gave everything he had in Game 3.

“After the Tigers and Padres split two games in San Diego, Wilcox returned to the mound at Tiger Stadium to pitch Game Three of the World Series. He bent but did not break, giving up one run while stranding eight Padres through his six-inning stint. It was evident that although he won, 5-2, Wilcox was in so much pain that he could barely brush his teeth after the game. Two nights later, the Tigers were world champions. As Eli Zaret described it decades later, Wilcox literally “sacrificed what remained of his right shoulder in order to get that start.”” 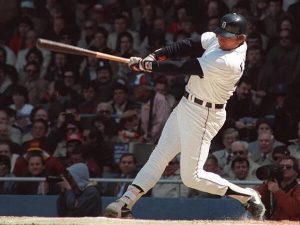 Sitting 2.5 games out of first place on June 20th, the Tigers made a move to replace Wilcox in the starting rotation when they traded minor league pitcher Duane James to the Texas Rangers for Detroit native, Frank Tanana. The left-hander made his first start for the Tigers on June 23rd when he held the New York Yankees scoreless through seven innings as Detroit won the game 3-1.

By the time the All-Star game rolled around, the Tigers were 48-37 and just 3.5 games behind the Toronto Blue Jays in the East. Unfortunately, for those hoping for back-to-back World Series championships, 3.5 games is as close as the Bengals would get for the remainder of the season as they limped to an 84-77 record, 15 games out of first place in the American League East.

In 1984, the Tigers led all of Major League Baseball with 829 runs scored but that was not the case in 1985 as they pushed across just 729, despite hitting more home runs along the way. Manager Sparky Anderson attributed the lack of run scoring to not doing the little things and relying too much on home runs.

“We couldn’t bunt, and we couldn’t get a runner in from third with less than two outs,” Sparky said. The Detroit skipper also saw a problem with his teams’ reliance on the longball. “I’ve never had a team generate such a high percentage its runs with home runs. Most of them meant nothing.”

To put things into perspective and to further prove Sparky’s point, the Tigers his 202 home runs in 1985, compared to the Yankees 176, yet Detroit scored 110 fewer runs than New York. 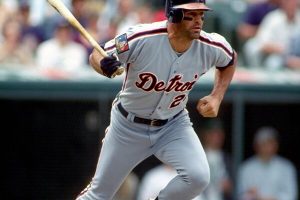 One of the biggest disappointments from the 1985 squad, to go along with Trammell’s performance at the plate, was the season defending American League Cy Young and MVP winner Willie Hernandez had as closer. In 1984, Hernandez was lights out as he posted a 1.92 ERA while converting 32 or 33 save opportunities to lead the Tigers to a World Series title. The ’85 campaign was much different for Hernandez, despite having a respectable 2.70 ERA, as he only converted on only 31 out of 40 save chances.

Another reason why the Tigers were not able to repeat as champions in 1985 was their inability to make plays defensively. In ’84, the team made 127 errors (7th fewest in MLB) but in ’85, that number jumped to 143 (6th most in MLB). That, coupled with the Tigers failing to manufacture runs offensively and their struggles with the bullpen, are big reasons why Detroit did not hoist their second-straight World Series trophy.

*Statistics used in this piece were taken from, Baseball Reference, MLB.com, and FanGraphs.

link to Searching for The Next Big Time Tigers prospect

Last season, minor-league pitcher Greg Soto went from being a virtual unknown to a Top-10 prospect in the Tigers system. The left-hander went a combined 12-2 with a 2.25 ERA between West Michigan and...

The Cleat Sheet is a CliffsNotes collection of in-depth statistical tidbits about current Tigers players. Tigers hitters have chased 47% of pitches out of the strike zone with two strikes this...

You can find out more about which cookies we are using or switch them off in settings.

This website uses cookies so that we can provide you with the best user experience possible. Cookie information is stored in your browser and performs functions such as recognising you when you return to our website and helping our team to understand which sections of the website you find most interesting and useful.

Strictly Necessary Cookie should be enabled at all times so that we can save your preferences for cookie settings.

If you disable this cookie, we will not be able to save your preferences. This means that every time you visit this website you will need to enable or disable cookies again.