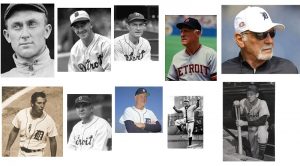 Since beginning play in 1901, the Detroit Tigers have had some great teams. In fact, in their storied history, the Tigers have been to World Series on 11 occasions, including winning it all in 1935, 1945, 1968, and 1984.  Those great teams not only had amazing players embedded throughout but outstanding managers to lead them. But the question is, where do these managers rank when stacked up against each other? After going back and forth and looking at the resumes, here are the top 10 Detroit Tigers managers of all-time. 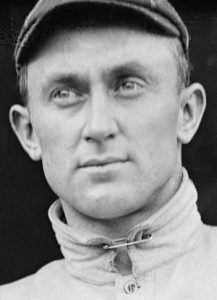 If you are a Tigers fan, you have certainly heard of the greatest player ever to wear the Old English “D”, Ty Cobb. Everyone knows how amazing Cobb was with the bat, but he makes this list because of the job he did as Tigers manager from 1921-1926. During that time, he served as a player/manager for the team and led Detroit to 479 victories but was never able to get the team over the hump as his best chance to getting to the World Series was in 1924 when the Tigers finished 86-68, 3.0 games out of first place in the American League. Though Cobb may not have been one of the all-time great managers, he did just enough to be included on this list.

After going 87-67 in his first season as Tigers manager in 1949, Red Rolfe and the Bengals nearly shocked the New York Yankees a season later. During the 1950 campaign, Detroit finished just 3.0 games behind the Pinstripes in the American League with a 95-59 record. New York would go on to win the World Series over the Philadelphia Phillies, their second out of what would be five straight titles. In 1951, the Tigers took a big step back, winning just 73 games and finishing in fourth place and it was the beginning of the end for Rolfe in the Motor City. Finally, in 1952, after Detroit got off to a 23-49 start, Rolfe was relieved of his duties in favor of one of his pitchers, Fred Hutchinson. 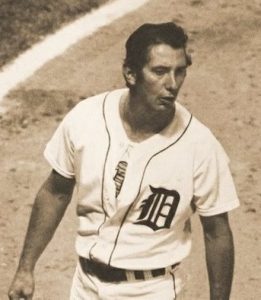 When you think of Billy Martin, even if you are from the Detroit area, you probably think of the New York Yankees first and foremost. But what many do not recall is that he spent three seasons managing the Tigers and he even came within one game of leading Detroit to the World Series. In 1972, Martin led the Bengals to an 86-70 record, which was good enough for first place in the American League East. In the American League Championship Series, Detroit squared off against the eventual World Series Champion Oakland Athletics but lost 3 games to 2, including a Game 5 heartbreaker at Tiger Stadium. During his three seasons with the Tigers, Martin led his team to a winning record each year and he probably would have managed in Detroit longer had an unfortunate incident not happened late in the 1973 season. On August 30, upset that the umpires were allegedly allowing Gaylord Perry of the Indians to throw spitballs, Martin told his pitchers to do the same. For his admitted actions was suspended by MLB and subsequently fired by the Tigers. 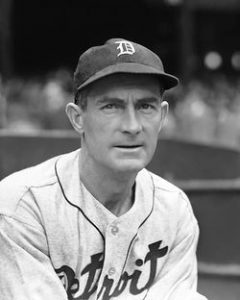 Del Baker had his first chance to lead the Tigers when he was named interim manager in 1933 after Bucky Harris was fired. When Mickey Cochrane was hired as manager prior to the 1934 season, Baker went back to coaching third base. In 1936, Cochrane had a nervous breakdown and Baker was once again called upon to manage. His first full season as Tigers skipper came in 1939 he was unable to get the job done as Detroit finished 81-73, 26.5 games out of first place in the American League. A season later, Baker and the Tigers nearly shocked the baseball world as they finished in first place and came within one game of winning the World Series. Unfortunately, Detroit fell to the Cincinnati Reds 2-1 in Game 7. 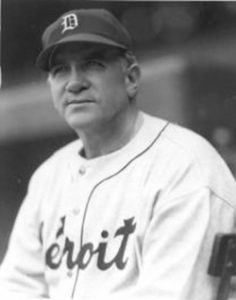 In six seasons as Tigers manager, Steve O’Neill not only led the team to 509 wins (5th in team history) but he also orchestrated Detroit’s 1945 World Series Championship win over the Chicago Cubs. Though that 1945 campaign was the only time O’Neill led the Tigers to a first-place finish in the American League, he also helped the team come within one game of the World Series during the 1944 season. During his career, O’Neill never had a losing record as a manager and racked up an overall record of 1040-821 in 14 total seasons. 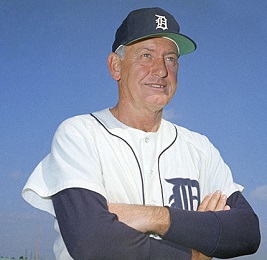 Though Mayo Smith only managed the Detroit Tigers for four seasons, he certainly left his mark, including leading his team to a World Series title during the memorable 1968 season. After winning 91 games and finishing just one game out of first place in 1967, Smith and the Tigers were on a mission in 1968 as they won a whopping 103 games during the regular season. In what was one of the greatest World Series of all-time, the Tigers defeated Bob Gibson and the St. Louis Cardinals 4 games to 3. Mayo’s .560 winning percentage with the Tigers ranks No. 2 all-time for managers who were with the team for more than two seasons. 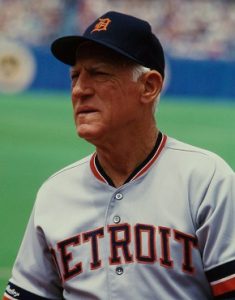 When debating who the greatest Detroit Tigers manager of all-time is, Sparky Anderson is often the first name to come up. That being said, many of you are probably surprised (maybe even upset) that Sparky did not even make the top three. Yes, we all know he led the Tigers to the 1984 World Series title, but when you look at his career as a whole, it is very good, but not the best in Tigers history. Anderson’s .516 winning percentage only ranks him 13th out of Tigers managers with at least 100 games under their belt. In addition, Sparky only led Detroit to the MLB Playoffs twice out of 17 seasons and had a losing record in 5 of his final 7 campaigns in the Motor City. Anderson may not be the greatest manager in Tigers history but he certainly deserves a spot high on this list because of what he did accomplish. 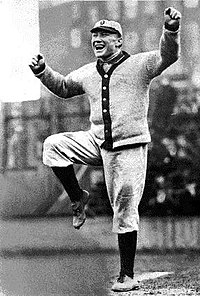 Though he never won a World Series title with the Tigers, Hughie Jennings most definitely is deserving of the No. 3 place on this list. When Jennings took over as manager prior to the 1907 season, Detroit was coming off a 71-78 1906 season which saw them finish 21 games out of first place in the American League. All Jennings did was proceed to lead the Tigers to 3-straight World Series appearances and though they lost all three, it was quite the accomplishment. In 1915, he guided Detroit to their first 100-win season (100-54) in team history but it was only good enough for a second place finish in the American League. Overall, Jennings posted a winning record in 10 out of 14 seasons as Tigers manager. 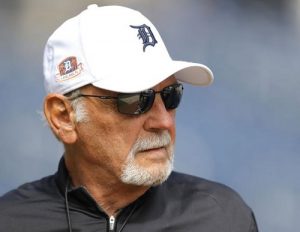 Coming in at No. 2 on the list of greatest Detroit Tigers managers of all-time is Jim Leyland. When Leyland took over as manager of the Tigers prior to the 2006 season, fans realized they were getting a manager who knew how to win but they had no idea how quickly he would get the job done in Detroit. In his first season in the Motor City, Leyland guided the Tigers to a 95-67 record and eventually to the World Series where his team lost 4 games to 1 to the St. Louis Cardinals. Following that season, the Bengals failed to make the playoffs for four straight years and many started to doubt Leyland’s ability to get the team back. But the Tigers skipper righted the ship in 2011 and got Detroit back to the playoffs 3-straight seasons, including another World Series appearance in 2012. Following the 2013 season, Leyland decided the time was right to retire from managing the Tigers. 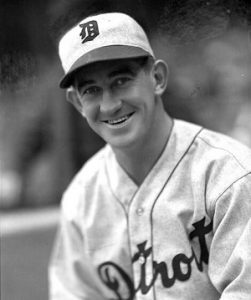 Though Mickey Cochrane only has 348 wins as manager of the Tigers, his accomplishments are enough to earn him the top spot on this list. In 1934, as player/manager, Cochran led Detroit to a 101-53 record and a berth in the World Series where the Tigers lost 4 games to 3 to the St. Louis Cardinals. He was also named American League Most Valuable Player after edging out teammate Charlie Gehringer in the voting. The following year, the Tigers did not win as many games during the regular season (93-58) but it was enough to once again advance them to the World Series. This time around, Cochrane and his team were ready as the Tigers defeated the Chicago Cubs 4 games to 2 to win their first World Series in franchise history. In 1936, Mickey suffered a nervous breakdown forcing him to miss time, and then in 1937, he was hit in the head by a pitch and forced to stop playing baseball. Though he finished out the 1937 season as manager, the end was near, and midway through the following campaign, after getting off to a 47-51 start, he was replaced by Del Baker. Had Cochrane stayed healthy, one can only imagine what could have been.

link to Searching for The Next Big Time Tigers prospect

Last season, minor-league pitcher Greg Soto went from being a virtual unknown to a Top-10 prospect in the Tigers system. The left-hander went a combined 12-2 with a 2.25 ERA between West Michigan and...

The Cleat Sheet is a CliffsNotes collection of in-depth statistical tidbits about current Tigers players. Tigers hitters have chased 47% of pitches out of the strike zone with two strikes this...

You can find out more about which cookies we are using or switch them off in settings.

This website uses cookies so that we can provide you with the best user experience possible. Cookie information is stored in your browser and performs functions such as recognising you when you return to our website and helping our team to understand which sections of the website you find most interesting and useful.

Strictly Necessary Cookie should be enabled at all times so that we can save your preferences for cookie settings.

If you disable this cookie, we will not be able to save your preferences. This means that every time you visit this website you will need to enable or disable cookies again.